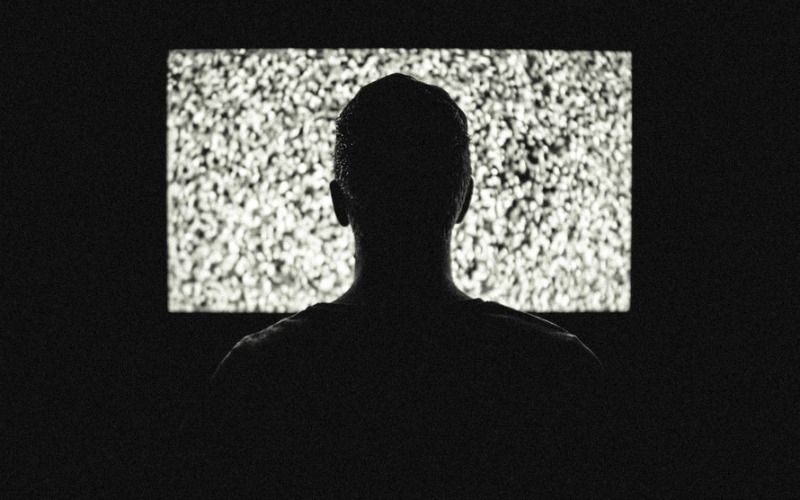 You hear older people often start off conversations with “Back in my day” or “when I was your age”.  Well, they do so for two reasons; one being for nostalgic purposes, in that things were simpler back then and it’s fun to reminisce and two;  to teach us appreciation because things were inherently more difficult for their generation. The undisputed evidence that technology has made our lives easier, is all around us, from the digital thermostat in your living room and bedroom, to the one touch ordering system on your phone, we can fulfill any basic need from anywhere at anytime. The problem with this is that when you introduce elements of fulfillment at such a highly accessible rate, you create tolerance and dependence, two key variables of addiction.

The overwhelming majority of our society is addicted to some form of screen-based technology.  Back when I was growing up, families would look forward to sitting down and watching a half hour of local broadcasting, and that would stimulate them and trigger the reward centers of their brain.  Try telling the average American family that they should look forward to half an hour of public network broadcasting and they’d wonder what planet you were from.  With satellite television and bundled cable deals, the average cable subscriber gets over two hundred channels, and that’s not counting Netflix, Hulu, or any other internet based movie platform.  When we sit down to watch a show, we inherently channel surf, go to DVR, maybe on demand, or even split screen surfing if we’re really looking for something.  This is addict behavior.  We crave more and more to get the same amount of stimulation that family back in the 80’s or 90’s did with their local news channel.

Think of it like a mother going into her son’s room and finding a single marijuana cigarette in his dresser that he says he just uses to get a little high.

Now fast forward that same scenario twenty years and that mom goes into her son’s room and finds cocaine, heroin, pills, and a bag of marijuana, that he says he uses to get a little high.

Though I’m not comparing the severity of heroin or narcotic use to television, the basic principle of tolerance that we as a society have formed is the same.  Parents as well as kids as early as age three have developed tolerances to screen-based technology, increasing the diagnostic rate of mental health disorders such as ADHD, ODD, autism, and others.  Does correlation equal causality? Not necessarily; but it can be worth noting.

One of the leading arguments against the notion of addiction to technology is that it makes our lives easier, it connects us and keeps us well informed.  The truth is it’s made our lives much harder.  Think about how much more free time you’d have without the Twitter, Facebook, personal and business emails, not to mention all those apps you have on your phone.  And who is really informing us? Many illegitimate news sources publish their articles on Facebook or online, and that’s actually where a lot of young people get their news from.

There is no easy solution to process addiction, other than self-awareness and routines.  By establishing limits on everything, we can discipline ourselves and our children on not overusing.  Video games for boys, cell phones, and social media for girls can be a tempting tool for parents as it occupies and frees up time for adults.  This is particularly dangerous because engaging your son or daughter after a long stint of video game or phone time, can be a daunting task.  “Not now mom; geez!!” yells your son after he just leveled up on the latest first-person shooter, “OMG really!?” screams your daughter after you suggest she put her phone down.  It can be tough for parents to know and differentiate “normal” use from signs of process addiction, and even more difficult to enforce limits on screen use, but it is essential that parents do set limits.  The highly addictive properties of screen-based technology combined with your teen’s lower impulse control and developing brain can be a devastating combination.

Past studies on neurological effects of video game playing have been mixed, stating that over-usage may have negative impacts on social interaction in teens and adolescents, but can improve visual attention skills and problem-solving abilities.  Newer research, however, shows overwhelming negative impacts on the brain, showing that teens who spend more than a few hours playing video games a week have decreased gray matter and lower functional brain activity in the hippocampus (spatial memory system of the brain).

Video game use and social media messaging, release constant surges of dopamine in the brain’s reward center (caudate nucleus), creating tolerance and dependence in this area of the brain, while lowering serotonin production and effectiveness in other areas of the brain, affecting mood and overall functioning.   Your teenage daughter/son will likely display increased defiance, anger, and even depressive symptoms when they’re not in front of a screen; if they indeed suffer from process addiction.  The easiest way to determine how serious your son’s or daughter’s screen based tolerance (addiction) is, would be to enforce a break from all screen-based technology.

THINGS TO DO FOR SCREEN BASED ADDICTION:

Books such as “Reset Your child’s brain” by Victoria Dunckley suggest a two-week break from all screen-based technology. While this could be an effective remedy, it wouldn’t take that long, however, to determine the level of dependence your child has on the screen.  If you suspect your child has a screen based addiction, enforce a break for merely a couple of days and you will see, depending on the mood of your child, the amount of time they spend bargaining or complaining about this break, how severe their addiction truly is.

Another important tool for parents to be aware of is the rating system of video games and tracking software for social media.  Social media tracking apps such as “Hoverwatch” monitor how much time is spent on social media on different devices, while at the same time monitoring who your child is interacting with.  Every video game console (PS4, XBOX, etc.) has a parental setting option under system settings, where every parent can set a four digit code to restrict mature and explicit video games from being played.

If you think your son or daughter have a problem with screen addiction, remember that there are things you can do, tools you can use, and people you can talk to for help. Many organizations provide counseling for screen and media addiction for more moderate to severe cases.