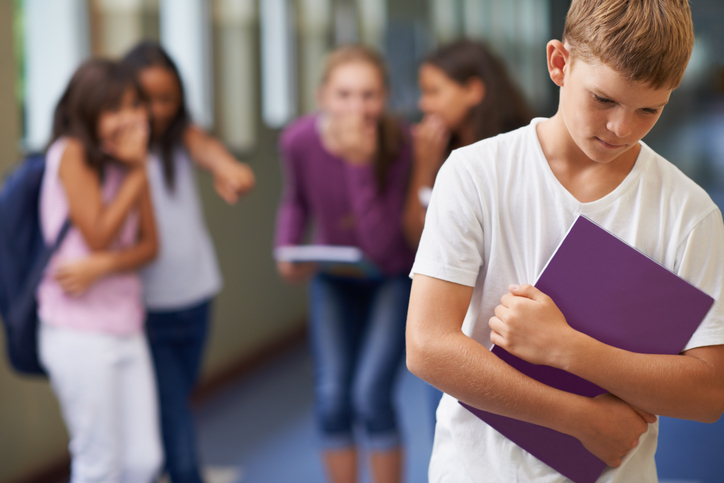 A kid shoved into a locker.

Another tripped on the bus.

Even the online profile set up specifically to catfish a teen.

We all recognize these as examples of overt bullying; unwanted, aggressive behavior meant to take the bullying victim down. It’s behavior just about anyone would recognize as bullying if they saw it.

But what about those instances when the intent, and even the act of bullying, isn’t so clear?

Your son comes home from school upset. There’s a rumor going around that he doesn’t want to tell you about, but that has people treating him differently. He doesn’t know who started it. He isn’t sure how to stop it.

Or maybe your daughter comes home in tears. After spending hours trying to get her to open up, she finally reveals that her group of friends is mad at her, mostly because of a disagreement with just one member. Nobody is being overtly mean to her, but she’s suddenly shunned from the lunch table and getting the cold shoulder from people she once considered her BFFs.

The reason these situations can be hard to identify has a lot to do with the fact that most of us have been on the receiving end of similar situations at least once, and may have even been guilty of committing similar acts a time or two.

We don’t want to identify these particular instances as bullying, because then that’s like admitting we have been bullied ourselves. Or worse, that we’ve been the bully.

But these are examples of relational aggression, which is absolutely a form of bullying.

According to Signe Whitson L.S.W., a writer for Psychology Today, “Relational aggression is a form of bullying in which kids use their friendship—or the threat of taking their friendship away—to hurt someone. Social exclusion, shunning, hazing, and rumor spreading are all forms of this pervasive type of bullying that can be especially beguiling and crushing to kids.”

Unfortunately, it’s also especially difficult to pin down and call out as bullying. The perpetrators are often socially savvy and fully aware of just how far they can push things without getting in trouble. They make their victims feel alone and ostracized, but they work hard to keep their hands clean in the process.

Is it bullying? Absolutely. But what can you do about it?

As a parent, how do you help your child through that?

The truth is, there are no easy answers, and every situation is different. But one of the first steps may be seeking out the help of a therapist who is experienced in dealing with relational aggression. Someone who can help your child to better understand what is happening and how they can avoid being manipulated any further. For many kids guilty of relational aggression, the reasons behind their actions ultimately come down to power. The right therapist may be able to help your child learn how to stop allowing those bullies to take their power away.

Whitson offered a great example of how this might be accomplished in a Psychology Today piece specifically about relational bullying.

But ultimately, combatting relational aggression may be best accomplished by parents being aware of these more subtle forms of bullying and working to address them when their children are still young enough to be taught better.

Because the reality is, if your child has never been a victim of relational aggression, there’s a decent chance they’ve been a perpetrator. And while school administrators may have their hands tied in addressing this type of bullying, parents don’t. We may not always be able to protect our kids from being bullied, but we can certainly teach them how not to be bullies.

And perhaps that’s an important place to start.