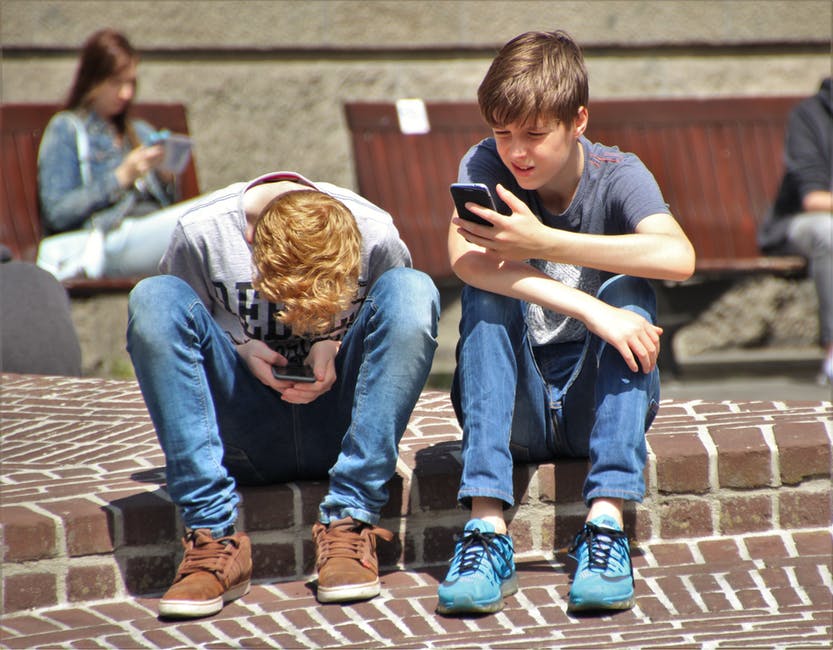 Time to come down for dinner dear!”.  “Why don’t you get off now and finish your homework?!”.  These are phrases that every parent in today’s modern world have surely heard themselves mutter, speak, or scream several times a day to little or no avail.  While responses typically vary, most are surely not favorable and that is because nothing can compete with the stimulation and grip of a screen.  Nothing, in turn can be more enraging then being told you can’t be on one.

Screens started out as a distraction.  Kids would watch television while their parents were occupied, or play Super Mario and maybe get on this new revelation; the internet, to cure boredom.  Now parents have become the distraction.  Now, our screen based devices don’t cure boredom, they create boredom.  Over-stimulation due to screen based technology have made it nearly impossible for our children to be stimulated by anything else, and good luck trying to carry on a conversation with them, because conversing, by comparison to texting, meme’ing, or emoji’ing, is…you guessed it; boring.   We are immersed in a culture of screen based captivation and most parents find themselves at an impasse between discipline and dialogue, wanting to punish the disproportionate responses to their request for face to face interaction, and the fear that the punishment will create resentment and push them even further away from their children.

A recent study done by researchers at the University of Washington have claimed that for every hour of television that young children watched their risk of becoming bullies by age 11 increase 6-9%. Dr. Edward Christophersen, was quoted by Parents magazine as stating that “Social media has become a training ground for teenage aggression” (Sandmaier, 2005).  A recent article published in the New York Times blames tech companies for intentionally creating addictive user interfaces and social media platforms, such as “Facebook, and Snapchat” to keep users coming back and boosting marketability.   That same article claims that “the link between mental illness and screen based technology is undeniable” (Riley, 2018).

Good Morning America recently did a special entitled “Your brain on Tech”  underscoring the dangers of tech addiction by highlighting the excessive release of dopamine, which occurs with every click, like and scroll of a smartphone.  Twenge, Joiner, Rogers, & Martin (2018) recently published an article in Psychological Science claiming that excessive media screen time is the culprit for the recent spike in teen suicides and depression.

So what does an excessive amount of dopamine and adrenaline/cortisol spikes look like in terms of adolescent and teenage behavior?  Think of it as taking away a meaty bone from the mouth of an otherwise docile Rottweiler.  The bone is the one thing a day that the dog enjoys more than anything and video games/smart phones are the one thing your child enjoys above all else:  Take it away and suffer the consequences.  Adrenaline and cortisol are two chemicals the body releases when our biological mechanism known as the fight or flight response is triggered.  They are also released in abundance during the playing of video games.  When you’re experiencing a fight or flight response and are confronted by annoying parents,  the likely scenario to occur is one where you lash out aggressively because it is an innate biological defense mechanism.

Validation is something we all seek in life, whether through compliments, positive reinforcement, or scholastic, job related achievements.  While you think you may be providing enough of these to your teenage daughter, nevertheless the form of validation which she seeks are views, likes, comments, and pings on her social media platforms, because these create the release of dopamine in mass quantities.  When she doesn’t get them, her emotional regulation and self image take a dive.

Citing studies and claiming correlation which does not equate with causation, is useful in highlighting the problem that many parents of young children and teens face today.  If your child is glued to a screen in a restaurant booth, or calmly scrolling their phone on their bed, or playing their video games in a far calmer fashion then they would be engaging in nerf wars, then you may want to let sleeping dogs lie, rather than stir up a hornet’s nest.  However, by allowing excessive screen time, which studies claim over 90% of parents of adolescents and teens do, then you are only exacerbating the problem and potential for true addiction to occur (Twenge, Joiner, Rogers, & Martin, 2018).   In essence you’re not the agent of chaos in disrupting screen fanaticism, but the cure for a fleeting, unnatural calmness, by finding alternate ways to keep your children stimulated and engaging with them, as parents once did with children.

When your children are being stimulated and rewarded at a rate which no other activity or interaction can compete with (besides hard core drugs) then why on earth would they be happy about stopping it to engage in boring chit chat or antiquated hobbies with their elders?  Parents are facing a problem today, that no other generation has had to contend with.  Every generation of parents have been told that “they don’t get it”, or faced rebellion that manifests in behavioral problems or extreme attention seeking behavior, however now, the lines in the sand have been drawn, and instead of being perceived as merely “uncool”, we’re the enemy.

Stories and articles have surfaced since the late nineties, of children and teens beating up, threatening to kill, or in some cases, actually committing atrocious acts of violence in response to either being exposed to excessive screen time, or having their video games and technology taken away from them.  The aggregate volume of increased claims of violence surrounding video games and technology is directly correlated with the increasing number of kids and teens which are playing them, and subsequently parents who are left wondering what to do in response.

What Can Be Done?

Many proponents of smartphones and video games claim that moderation is the key to controlling many of these symptoms, however how do you moderate a highly addictive interface when you’re between the ages of 6 and 16?  If you’re thinking it’s the parents job, then why don’t you give them cigarettes or alcohol and try taking it away when it’s time for moderation?  Not all children will display these symptoms of aggression and emotional disturbance, however a good deal of them will, and as a parent it is not as easy as it seems, because the perception is you’re all alone. “Tommy’s parents let him play video games all night”, “Sarah’s family doesn’t nag her to get off the phone all the time!!”.   The misconception that you’re the only one attempting to find a balance between tech and face to face interactions is a big reason why many parents don’t attempt it at all.   While the optics suggest it’s a futile effort, many parents are in fact in agreement that it’s time to take back control and get their children back.  You could indulge in what I like to call “Amish Weekend”, however without cutting the circuit breakers and cancelling your internet subscription, here are some effective steps to beginning a war that you will wage against the machines.